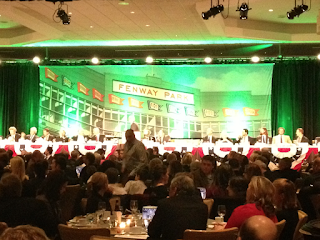 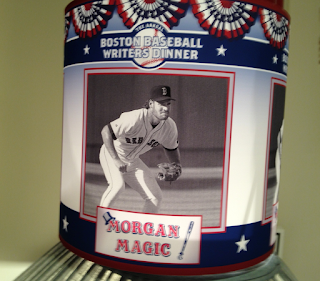 Oh Say, Can You Sync? Did Beyonce Sing Live or to Track?

It's the big buzz the last 24 hours or so. Personally, I have no problem with it if she did. It always bugs me when people mess up the National Anthem. I'm not talking about people who can't sing - I'm talking about people who can sing very well but feel the need to put their own mark on the anthem and screw it up by changing notes, sometimes changing words and generally over-singing. It happens at baseball games all the time. The worst example I can think of was Patti LaBelle at the World Series game in Philadelphia in 2008. Just unlistenable.

Beyonce did nothing like that. She looked great and sounded great. Really killed it. Okay, she did change a couple of notes, but nothing annoying.

So what about the lip-sync business? It has been revealed that the US Marine Band was a recorded track. They admit that. That's fine. Band instruments don't always work correctly in cold weather, so they use tracks to make sure it sounds right for the millions watching around the world. It's also been revealed that Beyonce had no opportunity to rehearse with the US Marine Band. You just know that the Marines are not about to change any notes or do unnecessary extra flourishes when they play the anthem. They are, after all, Marines.

So what about Beyonce? I think she did lip-sync. She does a great job of it (admittedly, for most of the song her mouth is hidden by the mic, and she's not on camera the whole time anyway), but if you watch carefully...at the very end she sings "the brave" a second time. Watch her mouth (at 2:20 on the video below) and notice that she opens her mouth a nanosecond too late on "brave." That can only happen if you're not doing it live.

Who cares? She did a great job on a song that's very tough to sing.

Posted by Unknown at 5:57 PM No comments:

Pitching, Defense and the 3-Run Homer 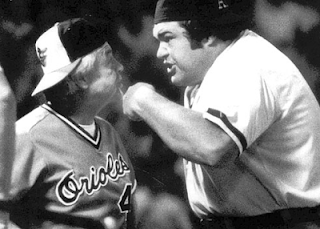 Earl Weaver, long-time manager of the Baltimore Orioles, passed away at the age of 82. Anyone who ever lived the Baltimore or Washington area or followed baseball anytime from the late 60's well into the 80's knows about the Duke of Earl, who believe the key to winning was "pitching, defense and the 3-run homer." He was the first big stats guy. At one point he tracked the Orioles won-loss record when they wore orange shirts (not good) and decided to ban them. He was also famous for going nose-to-nose with umpires and frequently getting tossed.

Posted by Unknown at 1:22 PM No comments:

...the ruling on the field is overturned.

One of the comments on my last blog about ranking months was that December should be #1. As I'm taking down the lights I threw the red flag and the ranking went under review in the booth.

With all the seasonal lights, the parties, the smiling faces, the decorations and the good will...I'm moving December up to #4. August drops to 7th. April and September stay at #5 and #6.

Unless we're facing a tough lefty.

My friend Robyn Bradley suggested we do a "faveology" list of favorite months. I did this once before on FB but it disappeared. Or I can't find it. So here it goes again:

#1 July. Love it. Especially on the Cape. The 4th is my favorite day of the year. There is no such thing as a bad 4th of July on Cape Cod. The whole month has the nicest weather of the year. Everyone smiles at you when you say, "hey."

#2 June. Summer begins, school gets out, weddings happen. Also a great month. Many of the best songs of the year debut in June.

#3 May. How can you not like May? All the leaves are out, there are graduations, the April rain is gone, you sing songs about flowers and Mary.

#4 August. Still summer, still great, but it's starting to wind down and the lawn and gardens need extra watering.

#5 April. Opening Day, Daylight Saving, buds on trees, croci bloom, you put aluminum sulfate on the hydrangeas so they'll be a spectacular blue in July. The world wakes up.

#7 December. Christmas needs no explanation. I feel like Clark Griswold with the lights but I enjoy it. I also do a decent Santa for the little guys.

#8 October. My wife's birthday. The World Series is fun (if the Yankees aren't in it). Foliage looks great, especially in Wellesley. We have a landscape guy come to do the raking.

#10 February. Cold, but at least it's short. My daughter Caitlin's birthday. Also my brother, a couple of nephews, several sisters in law. Just goes to show how good a month May is.

#11 January. You take down all the Christmas stuff and everything looks bleak. Coldest month of the year. It drags on.

#12 March. I've never trusted March. Yes, Spring supposedly begins but it really doesn't. You're sick of winter but even if it hasn't snowed yet you can't be sure. Your car looks like shit all month. There are no holidays. At least not any day-off ones. Yes, Spring Training gets under way, but it's cold and raw and the snow is filthy.