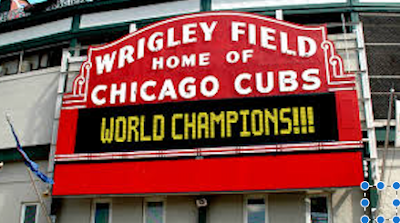 I was still on the fence at Midnight.

Game 7 was tied, 6-6, and in a rain delay. At Fenway Park, a rain delay means they pull out the tarp, which takes a coordinated effort from about 30 Canvas Alley grounds crew guys (there might be some women on the grounds crew, but I haven't noticed it). Then they wait for the rain to end. When it does, the grounds crew takes about 30 minutes to get the field in playable condition. Why would Wrigley be any different? It was, though. The delay was only 17 minutes.

Some people went to bed.

That includes my older brother Hugh and my younger brother Peter. We had been exchanging Theo or Tito emails for about a week, debating on which drought should end and which set of ex-Red Sox folks to root, root, root for.

We were all leaning toward the Tribe.

One brother gave up when it was 6-3 Cubs with two outs in the bottom of the 8th. My wife Kathy walked into the Man Cave and asked how it was going just as Rajai Davis tied it up with a tater (nod there to the late George Scott) off Aroldis Chapman. My friend Gay Vernon was rooting for the Indians, but that was an easy choice. Her father, Mickey Vernon, was a two-time AL Batting Champion who played for the Indians. Also the Senators and Red Sox.

Seriously, if you wrote a movie script about the Cubs trying to break the 108-year World Series drought and you had them winning 103 games, way more than any team in baseball, knocking off the Giants (3 WS championships in 5 years this decade) but not in a sweep, falling behind the Dodgers then knocking them off back at home, finally getting to the World Series for the first time since the end of World War II, getting shut out in four of their last eight games, finally having a game at Wrigley but losing the first one and the second one, almost getting swept at home and losing the series in front of all those long-suffering fans, having to win both Game 6 and Game 7 on the road, Cubs fans traveling to Cleveland and paying as much as $10,000 for a seat behind the Cubs dugout at Progressive Field, being four outs away from a championship and having your 102-mile-an-hour closer blow a 6-3 lead with two outs in the bottom of the 8th, having a rain delay at midnight with the game tied after 9 innings and possibly not be able to continue until the next night...if you wrote that script, critics would say you're stretching Willing Suspension of Disbelief a little too far.

In 2004 people went out after midnight and honked horns. All the neighbors understood. There was a Red Sox banner hanging on the front of the State House below the gold dome. People visited graves of their parents to share the news. In Chicago it will be the same, but the grave visiting will be grandparents or great-grandparents. Maybe even great-great. The UBS building in Chicago is already adorned. 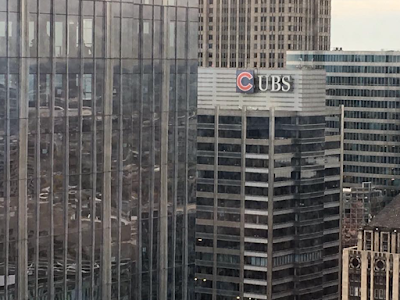 Congrats to the legions of Cubs fans.

And to the Indians fans...as any Cubs fan will remind you...there's always next year.

Posted by Unknown at 2:20 PM No comments: