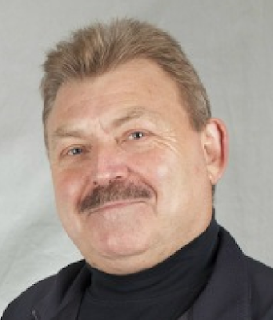 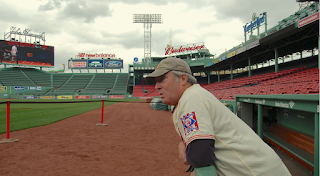 ...to the Red Seats!
As soon as the 2012 Red Sox season mercifully ended, I called the Red Sox office and asked of they were getting a barrage of angry STH calls saying they would not renew for 2013. (STH is Sox-speak for season ticket holder.) I said that I'm an STH in Section 29. Great view but the seats themselves are old, small and uncomfortable. Legroom is non-existant. These are the wooden blue ones built after the 1934 fire at Fenway. They're the only wooden seats left in any Major League Baseball park. I told them I'd like to upgrade to the red seats. I'd actually made this same request after the September 2011 meltdown and the year before after the playoff Papelbomb against the Angels. And two years before that when JD Drew took a season-ending bases-loaded called third strike against Tampa Bay in the ALCS. They replied, "We really won't know if anything is available until February, but we'll put you on a waiting list. Send us an email saying what you're looking for." That was more encouraging than the 2008, 2010 and 2011 calls.

Why are the blue seats still there?
When the Henry group took over the Red Sox eleven years ago they did an excellent job of upgrading and modernizing the ballpark. They added the Monster Seats, the right field roof deck, took the glass off of the .406 Club, re-added the National League to the left-field scoreboard, put in high-def video boards, improved access, concourses, concessions, food, you name it. They also replaced a lot of the seats. But not the wooden blue grandstand seats. It was decided that they should remain because they are part of the aesthetic charm of Fenway. Clearly this idea came from someone who is 5' 9" or shorter, skinny and has not spent three or four hours at a time sitting in these seats. Also, the Red Sox have had no problem squeezing people into them.

Fast forward to late January.
I get an email from the Red Sox saying that there are a very few seats that have opened up...full season only, in the EMC Club. $348 each. Minimum of two seats, and it's a multi-year deal. Do the math and that's $56,376 per year, not including parking and food. For three years (isn't "multi" more than two?) it's $169,128. No, thanks. They did say that taking a pass on this offer would not affect my position on the upgrade waiting list.

Then came last Friday.
It's February 1st, and there's story in the Boston Globe - page one, above the fold - saying that Red Sox ticket sales are off by 10%. I called about the upgrade. They said I was definitely on the list, they had my email saying that I like my view from Section 29, but something lower down in the red seats would be ideal, and I would get a callback for sure. And I did. They offered me Loge Box seats one section closer to home with an even better view. The new red seats, sculpted for all your butt comfort needs. Cupholders, more legroom. At the end of the row, next to a railing, so there will be exactly no excuse-me's from other fans heading to concessions. That was an easy yes.

But I'm not changing the name of my blog.
View From Loge Box 155 just doesn't have the regular-guy-at-the-ballgame ring that View From Section 29 has.

Posted by Unknown at 9:58 PM No comments:

A mere 7:28 from Beyonce to a kickoff return

The Superbowl (Pepsi) Half-time Show
We see Beyonce on stage with a gaggle of backup singers and dancers, looking great and sounding great. Who cares if she's singing to track? The Who obviously did in 2010, and this year's theme was actually called "Lipsync." We have huge I-Mag screens, a ring of fire, thousands of fans with All-Access passes on the field surrounding the stage. No wardrobe mishaps (although we didn't miss by much).

The show ends, we cut to commercials and get ready for the second half.

How long does that take?
Unlike most normal people, I actually ran a stopwatch on the time it took to take down the concert stage, the I-Mag screens and the backline equipment, clear everyone off the field and get ready for the second-half kickoff. (That may sound anal, but there's a stopwatch on the iPhone, so it's really easy to do.) From the time they cut away from the concert stage to the time they went to live action for the kickoff, it took a total of 7:28. Seven minutes and twenty-eight seconds to clear all that stuff and all those people off the field, get the teams back on the field and lined up for the kickoff, which resulted in a 109-yard return for a touchdown by the Ravens' Jacoby Jones.

That is amazing.
How many people does it take to pull that off?

The ironic asterisk
One play after the huge kickoff return, the New Orleans Superdome experienced a power surge that knocked out the juice to major parts of the stadium and resulted in a 32-minute delay in the game. That's four times as long as it took to clear the stage off the field.

Posted by Unknown at 9:04 PM No comments: