Who's the best ever Red Sox Play-by-Play announcer?

Fred Hoey
It started in 1926. Fred Hoey did games for about 15 years but all I know is his name and the stations that carried the games (usually WNAC, which is now WRKO).

Jim Britt
Jim did play-by-play for both the Red Sox and the Boston Braves from 1942 until the early 50's. He only did home games, but the Red Sox and Braves were never scheduled at home on the same day so it worked out. Britt did the first-ever televised game in 1948 - Braves vs. Cubs at Braves Field, which is now Nickerson Field at BU. This preceded my time, so I don't know how good he was or know any of his special calls. I asked my father-in-law and he couldn't remember anything special. I'm on the Board of the Massachusetts Broadcasters Hall of Fame and Jim Britt is being inducted in September, so he was at least that good. In 1951 both the Red Sox and Braves decided to broadcast all of their games, so each team needed their own play-by-play Talent. Britt chose to stay with the Braves, which was the wrong choice as they left town in 1953 in moved to Milwaukee. By the way, the "Yankee" you see on his microphone is not for the Yankees, it's for the Yankee Network, which was based in Boston. 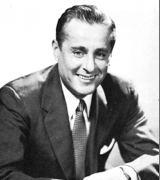 Curt Gowdy
He did Sox games from 1951-1965 and had classic lines like, "It's a seat squirmer", "3 and 2, the big one due" and "Going...going...gone!" As a kid, when I realized that I probably would not be replacing Ted Williams in left field, I decided that I wanted to be like Curt Gowdy and do play-by-play. Gowdy was an A. 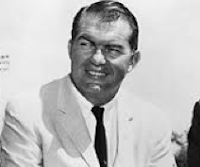 Ken Coleman
He replaced Cowdy in 1966 and lasted until 1974, then was back from 1979-1989. He had a mediocre voice and I always thought he sounded bored - even in 1967 when Carl Yastrzemski came to bat during his Triple Crown season and people would pull over rather than drive under a bridge and miss what Yaz did. The classic call of the 1967 Impossible Dream Season wasn't by Ken Coleman. Ken was a C. 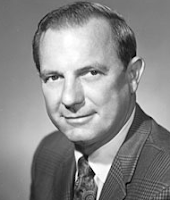 Ned Martin
Ned was the #2 guy for Curt Gowdy in 1965 and took over the lead role in 1966. He had a nice voice, and his enthusiasm made Ken sound even more bored. On a long home run Ned would say, "He's just gonna look up and admire that one" or simply say, "Mercy" or "That's over everything." On TV, when a pitch that looked like it was right down the pipe was called a ball, Ned would just mutter, "Hmmph." His most famous line was in 1967 when the Red Sox won the pennant for the first time in 21 years: "Petrocelli's under it...the Red Sox WIN...and there's pandemonium on the field!" At the end of the 1978 season Ned and partner Jim Woods were fired for "not following sponsor dictates" and switched to TV where he lasted until 1992. Ned Martin was an A+. 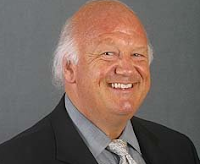 Jon Miller
My favorite. He was the #2 guy for three seasons starting in 1980. Jon made exciting moments more exciting and slow moments - even rain delays - entertaining. He did great impressions of Vin Scully, long-time Fenway PA announcer Sherm Feller and many others. I was disappointed when he was gone for the 1983 season, but excited once again when I moved to Baltimore and he was the #1 guy for the Orioles. One time at Memorial Stadium when it was UMass Alumni of Baltimore-Washington night he did a Sherm Feller impression over the PA that was very funny for anyone from Boston. Miller was the first one, when referring to the on-deck batter when there are two outs, by saying, "He would be next." He subsequently went to the Giants and did ESPN Sunday Night Baseball on TV for many years. Jon Miller is an A+. 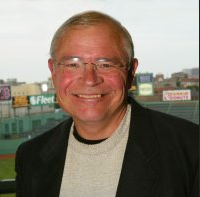 Joe Castiglione
1983 was a disappointing year. The ream wasn't very good, finishing in 6th place 20 games behind Baltimore. The play-by-play flagship station became WPLM in Plymouth, which had a bad signal and horrible small-town production. Even worse, Jon Miller was replaced by Castiglione, who is still around 30 years later. Compared to Miller's superb pipes, Castiglione has a voice that's mediocre at best. He sounds uninspired doing ads like Shaw's "from the deli-to-the-dugout sweepstakes" and can sound bored when bad things happen in the game. He also will go up a full octave when something exciting happens.

Joe has certainly put his time in and everyone is used to him. He's very knowledgeable...sometimes too much so, such as when he tells us the name of a visiting player's 3rd grade teacher. It was fitting that in his 22nd season doing Sox games he got to make the "Can you believe it?" radio call when they finally won it in 2004.

My only real complaint with Joe is that he mispronounces player's names. Even Red Sox players. There are three members of the 2013 Red Sox who's names Joe seemingly can't say correctly. Jacoby Ellsbury (he says it like Ells-BERRY), Jose Iglesias (he sticks an N in there making it IN-glesias) and Koji Uehara. Admittedly that's a tough one, and many people have trouble with it, but he's our closer and the play-by-play guy should get the name right. Joe says "YOU-ee-har-a" when it should be "WAY-har-a" (the opening U and e being a dipthong). So Joe Castiglione gets a B. 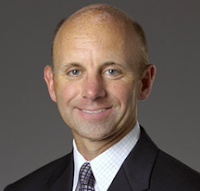 Sean McDonough
From 1987 until 2004 Sean did the over-the-air broadcasts while Ned Martin and later Bob Kurtz did the NESN games. It was Sean who came up with the nickname Rem-Dawg for his partner Jerry Remy. Sean was very good...so good that a guy doing the Pawtucket Red Sox games practiced trying to sound like Sean. That guy was Don Orsillo. Sean's Red Sox job eventually went to Orsillo, who sounded just as good for a lot less money. A new sports radio station called 1510/The Zone (the old WMEX frequency) was trying to compete with WEEI and spent a ton of money hiring Talent like Sean, Eddie Andelman and Mike Adams but the horrible signal doomed it to failure. Sean was an A+. 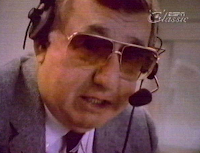 Bob Starr
Bob was Joe Castiglione's partner for three seasons, 1990-1992, but for some reason I draw almost a complete blank on him, so there's no rating. I do recall that he did Patriots games with Gil Santos for a few years. 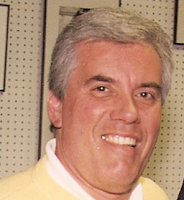 Jerry Trupiano
Jerry was Joe's partner from 1993 to 2006. I never liked him. HIs voice was gruff and I kept wanting him to clear his throat. He is most famous for giving fans false hope with his "Way back, WAAAY back!" calls on fly balls that wound up being caught on the warning track. A legit complaint, but that wasn't the biggest problem. During slow moments he was tedious. "That brings up so-and-so...he's looking to get on base." Jeez, ya think so? How many batters aren't? He'd also say the same thing three times during a slow at bat, and made stupid jokes about song lyrics. Songs by Perry Como or someone else that no one cares about. And he used to work in Houston and talked about Houston a lot. Who cares? Jerry was a D. 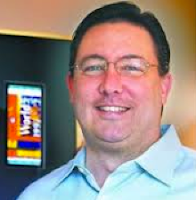 Dave O'Brien
He joined the Red Sox radio team in 2006 as Joe's #2 guy, and became the lead announcer in 2011. Excellent. Great voice, colorful lines like, "Goodness, gracious" or "He really hit a rope...you could hang your wash on that one." He also has ESPN duties, so he's not always there and the fill-ins are never as good. Dave is an A. The only thing keeping him from being an A+ is missing a couple of games each week. 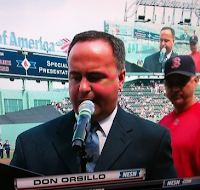 Don Orsillo
Excellent. Pleasant guy, great voice, very descriptive. "Well-hit toward left, high in the air, and when it comes down this game will be tied." His rapport with Jerry Remy is as good as it gets...entertaining with a lot of local color. He's definitely an A. The only thing that keeps him from being an A+ is that he can't pronounce W. And for W.B. Mason alone he has to say it about fifty times a night. It comes out as "du-bee-Mason." Surprising for an otherwise excellent Voice Talent as they call it in the business.

What about the color analysts like Remy?
There are too many to do all in one blog. We'll rank them in the next episode.