Back from Spring Training - how do they look?

Fort Myers is much nicer in March than Boston is.

It's not just that 80 and sunny is more fun than 30 and blustery with a blizzard in the forecast. Even if that blizzard never shows up. They have baseball going on.

jetBlue Park is such a nice, relaxed place. The official name is jetBlue Park at Fenway South. Looks just like Fenway on TV, but not when you look at the stands. 10,000 seats instead of 38,000, so you're closer to the game. Wider, more comfortable seats. Certainly better than the blue wood ones in the Fenway grandstand. Parking is $10. Better than $40. No commuter rail or T option, of course, but they do have golf cart shuttles to take old folks and parents with little kids to their cars which are parked on soccer fields about a mile away.

They have the Pesky Pole in right.

The stands jutting out after 3rd base, the triangle in center, the Green Monster. The jetBlue Monster has the actual scoreboard that was in the wall at Fenway from 1969 until 2003. I know what you're thinking...why did they change it? Here's why. From the time Fenway was built in 1912 until 1961 there were only 16 teams: 8 American League and 8 National League. That's 8 games at a time to fit on the scoreboard. Easy peasy, even for a hand-operated scoreboard. Between 1961 and 1969 expansion grew that number to 24, which just did not fit on the scoreboard. So the original scoreboard that you see in the old Ted Williams pictures was replaced with one that only featured the American League. That's the one you see now at jetBlue. When the John Henry group took over in 2002 they added the Monster Seats and replaced the scoreboard with an almost identical one, but wider, so the National League is back on it. With Interleague play every night you really have to do that. Plus, the faux Green Monster is 3 feet taller and also has three rows of seats halfway up.

Which I sat in for one game.

Pretty cool, I must say. Well, not actually cool, but you're in shade. It's a different view, and you really appreciate how much territory the center fielder has to cover.

So how to do they look?

They won every game I saw. Beat the Phillies, Rays, Pirates and Astros. Saw Chris Sale pitch. Also David Price, Joe Kelly, Carson Smith, Craig Kimbrel, Brandon Workman, Brian Johnson (who wound up making the rotation), and a guy named Trevor Kelley who, unlike Joe, spells his name correctly, but is not on the 40-man roster. They all looked good. Highly touted Jalen Beeks did himself no favors by giving up gave up 7 runs in the 1st inning with only one out. In one game they were losing 5-2 going into the bottom of the 9th. In case you haven't been to sprig training, by the 7th inning none of the regulars are still in the game. It's a bunch a scrubs, as they say, wearing numbers like 98 with no name on their back. So in the bottom of the 9th these guys you've never heard of - but might in a couple of years - had back-to-back-to-back doubles, then a triple and a walkoff single to win it, 5-4. That was fun.

How about the killer B's?

Great. Betts is clearly back. Benentendi never really went away. When they announce him it sounds like three guys are at bat simultaneously: Andrew, Ben and Tendy. Bogaerts was a little iffy defensively, but it looks like his injured hand is all better and his bat is clearly hot. Blake Swihart, who was out of options and might have been on the trading block, made the big team. Brock Holt, who had vertigo and concussion issues last year, played so well that he secured his utility role and Devin Marrero (great glove, can't hit) was traded to San Diego. Oh, yes...JBJ. Great D, as always, but he hit a lowly .158 with zero HR’s. That’s bad, even for him.

And the other guys?

The new slugger in town, JD Martinez, didn’t hit any HR’s (that’s what he was brought in to do,right?) but looked very good otherwise, hitting .319 with an OPS of .794. Rafael Devers is improving his footwork at 3rd and still has that sweet swing. Christian Vazquez has played so well that he got a 3-year contract extension. Hanley Ramirez looks a little better (.283 with one homer) but will have to work hard to get those 497 plate appearances to guarantee his $22 million deal for 2019. Don't bet on that happening unless Hanley really lights it up.

They play “Dirty Water” after a win.

But then they replace Fenway staple “Tessie” by the Dropkick Murphys with “Happy Trails to You” by Roy Rogers for the old folks. Roy Rogers was one of my favorite TV shows when I was a little kid and I sang along on the way out. I wasn’t the only one.

I’m psyched - especially for next Thursday when they open at Fenway. All the snow should be gone by then.

Posted by Unknown at 3:44 PM No comments: 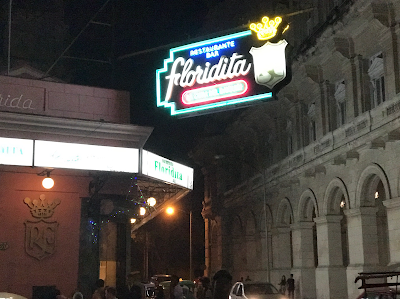 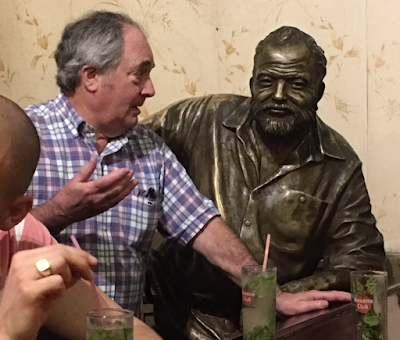 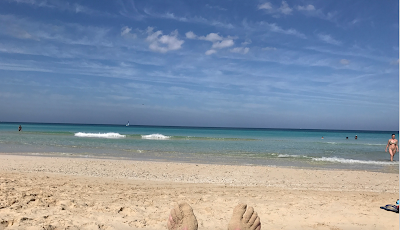 Posted by Unknown at 6:20 PM No comments: