The Elephant on the Roster

The Red Sox have begun to address the pitching problem. Inconsistent starts from everyone, the worst ERA in baseball, we've heard all about it. Pitching Coach Juan Nieves is gone. I probably won't be seeing him anymore at the the gym I go to in Wellesley. Sure, he did a great job with the pitchers on the 2013 team, but that was an almost entirely different staff. They also got rid of Edward Mujica, someone in whom I had absolutely no faith. Also Robbie Ross, Jr., who never impressed.

The good news? Matt Barnes, who has shined at times, is up from Pawtucket. Young, throws hard. They still haven't figured out if he's a starter or a reliever. If it were up to me, I'd make him a starter.

So what's the elephant?

The hitting, of course. Look at the box score of any game this year and you'll see at least three, sometimes as many as five, Red Sox batters hitting under the Mendoza line. Well under it. Take this past weekend, for example. We have Daniel Nava (who hit .303 in 2013) at .136. New call up Blake Swihart at .111, Allen Craig at .135, Mike Napoli at .161, Sandy Leon at .185, one-day call-up Travis Shaw at .000. Craig has been dispatched to Pawtucket (what took so long?) and Jackie Bradley Jr. was called up. But he's batting .000 so far. When he went on the DL Shane Victorino was hitting .143. Three weeks ago Mookie Betts was at .196. Two weeks ago we had both David Ortiz and Ryan Hanigan at an even .200.

As Keenan Thompson would say on SNL, What's up with that?

Some of the hitters are starting to pull put of it, but seriously, what is up with that? What should they do?

Get rid of the coach.

That's what they did to start fixing the pitching problem. Why not with the hitting problem? A team can get away with one player in the lineup who can't hit but has great defensive skills - really, it's the same as the pitcher hitting in the National League - but you absolutely cannot have 3 or 4 of your starters being automatic outs and win very many games. 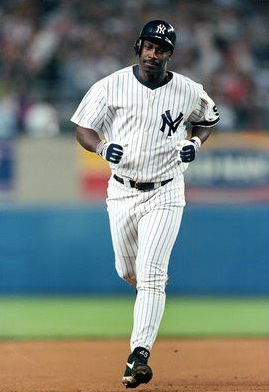 The new hitting coach this year is Chili Davis. Whatever Chili is telling them, it isn't working. Chili spent 19 seasons in the majors. 7 with the Giants, 3 with the Angels, 2 with the Twins, 4 more back with the Angels, one with the Royals and his final two with...the Yankees. Hmmm. Remember in 2004 the Red Sox signed Ramiro Mendoza, who used to be the 8th inning setup guy for Mariano Rivera? He was awful, and the joke was that he was an Embedded Yankee, still being paid by George Steinbrenner to lose games for the Sox, but be subtle and inconsistent about it so no one would figure out the scheme. In his 19 years in the majors, who paid Chili the most? New York. Are they still paying him? Which of his five former teams stands to gain the most from a weak Red Sox offense? New York. As they say in NYC, am I wraung or am I right?

Posted by Unknown at 9:16 PM No comments: