The Hall of Fame: Pedro, Smoltz, The Big Unit, Biggio are in

The 2015 Hall of Fame Inductees have been announced.

No real surprises. Pedro Martinez made it on his first ballot. Good for him. He deserves it. Pedro was always fun to watch. 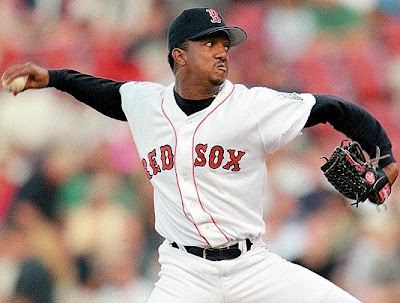 My favorite Pedro moment was when he struck out the first four batters and 5 of the 6 he faced as the AL starter in the 1999 All-Star game at Fenway Park. That, or when Don Zimmer, then a Yankees coach, charged him like a raging bull in the 2003 ALCS and Pedro pushed him aside. Everyone said that Pedro shoved a 70-year old coach and was disciplined, but I was there and saw it. Zim charged him.

Did Pedro throw at hitters? Here's his take: "I will throw inside. The batter must know that the plate belongs to me. They don't complain when it's on the outside of the plate, but the inside has them upset. I don't care, it's my plate."

The line is that he's the first Red Sox pitcher to be enshrined who had his greatest success while pitching for Boston. Really? What about Cy Young? 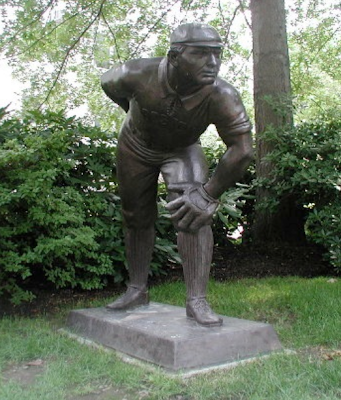 He played for the Cleveland Spiders in the National League for 8 seasons. Then went to St. Louis for two years. They were the Perfectos in 1899, then changed their name to the Cardinals.

He also spent 8 seasons with Boston American League team, known as both the Americans and the Red Sox in his tenure. He started Game 1 of the very first World Series and won two games in the series for Boston. The picture above is a Cy Young statue on the quad at Northeastern University in Boston, on the site where the Huntington Avenue Baseball Grounds stood from 1901-1911. That was the Red Sox predecessor ballpark to Fenway Park.

Okay, what about the Eck?

Well, Hall-of-Famer Dennis Eckersley was a 20-game winner for the Red Sox, but it was his transformation from inconsistent starter to lights-out-point-at-Dewey-when-he-strikes-him-out closer by A's manager Tony Larussa that got him inducted. 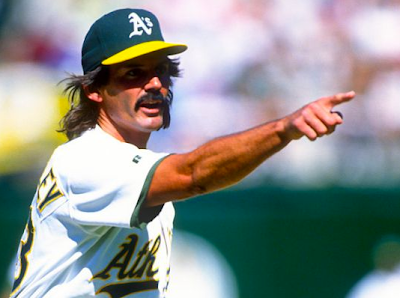 When Eck pitched for the Red Sox, Boston Globe columnist Mike Barnicle once wrote, "If I were managing a fantasy baseball team and we were down by a run in the 9th inning but had two guys on base, I'd want Stan Musial at bat. And Dennis Eckersley on the mound." Eck did finish his career back with the Red Sox, and to give him his props, he's an entertaining and informative color analyst. As good as they get.

Year three, missed getting in by a lot. Eventually his mis-remembering of PHD's might be forgotten. Maybe.

Smoltz pitched for the Red Sox.

Yes, briefly. And not well. He was a very good pitcher for the Braves for 19 seasons. I was at the game for his first start for the Red Sox. It was June 25, 2009 at Nationals Park in Washington DC. It's an easy date to remember because just before the first pitch it was announced on the PA that Michael Jackson was dead. As the ERA of 54.00 indicates, Smoltz had a bad 1st inning. 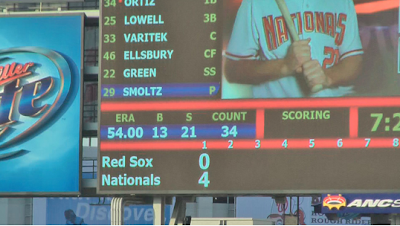 Definitely deserving of induction. One night a few years ago a few buddies and I got into a discussion of who was the ugliest ballplayer. Randy won. My #1 memory of him was Opening Day 2005 at Fenway, when the Yankees had to stand there and watch the Red Sox ring ceremony from the 04 World Series win. All the Yankees (yes, they all behaved well and were respectful) were lined up on the 3rd base line, and Randy Johnson was a full head taller than everyone else. His nickname The Big Unit didn't come from nothing. The other moment, which I heard about but never saw, was at Chase Field in Phoenix when Johnson was a Diamondback and he delivered a fastball that wound up hitting a diving pigeon in mid-air on the way to the plate. The pigeon exploded. I'm not sure what the umpire called the pitch.

Craig Biggio also got in.

This was the largest induction group since 1955. I saw Biggio at Minute Maid Park in Houston and he homered twice for an Astros win against the Cardinals. He played 5 positions, but was mostly a 2nd baseman. Career batting average of .281, which is shy of the magical .300 that is supposedly the line of demarcation for induction. Good player, though. I also know that he played for the Yarmouth-Dennis Red Sox in the Cape Cod League in 1986 so there's an extra reason to be happy for him.