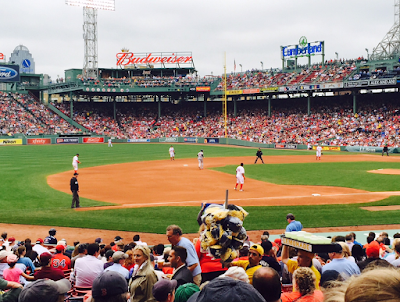 That's right - they should all wear the high red socks.

This is a shot from the Tuesday, June16th Red Sox-Braves game at Fenway. Notice that all four Red Sox infielders are wearing the high red socks. Or the high pants that show them off. It's a good look, but there's more to it than that.

In the late 1800's and early 1900's players would wear "plus-fours" - pants that reached four inches below the knee, with high ribbed socks. By the 1920's stirrups were the look. When you see old pictures of Ted Williams and Johnny Pesky and Yaz from the 40's, 50's and 60's they wore stirrup socks that were mostly red, but at the top there were white and blue stripes. Over the years the stirrups got stretched higher and the pants got longer. By 1980 Red Sox players wore pants long enough that you'd only see the red in the socks. By 2000 you'd only see a little bit of the red (Curt Schilling's bloody sock from 2004 is a great example) and many players (think David Ortiz) started wearing pants so long you'd think they'd trip on them.

Still, there were exceptions.

If you look at videos of 2003 and 2004 - or watch the movie "Fever Pitch" with Jimmy Fallon and Drew Barrymore - you'll see that Jason Varitek is wearing full red socks that go all the way up the calf. So does Trot Nixon. And Bill Mueller. And Kevin Millar. And Mark Bellhorn. And Mike Timlin. In 2003 even Manny did.

As those players went away, one by one, the look went away.

Sure the occasional relief pitcher would sport the look, but that was about it.

Now it's making a comeback.

In the shot above you see Pablo Sandoval, Xander Bogaerts, Brock Holt and Mike Napoli sporting the full red socks. Mookie Betts does it as well. Hanley Ramirez may be the worst left fielder in baseball, but once in a while he goes after a ball, and once in a while he does the socks right. 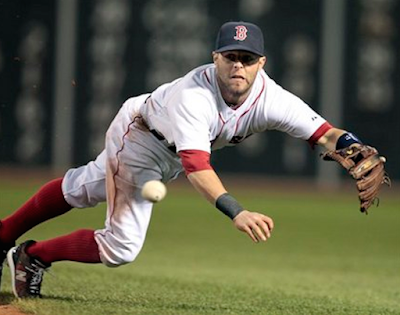 So does Pedey. Once in a while. He should do it all the time. So should anyone who's either short or tall. Here's why: There's been a lot of talk about the strike zone being lower this year. When there's a borderline pitch at the bottom of the strike zone and the umpire sees the ball at the same height as the top of a red sock he's more likely to call it a ball. If he's looking at the same pitch at the same height and all he sees is an expanse of white or grey pant leg the call could go either way. So a hitter with high socks is less likely to get punched out on a borderline strike.

How do I know?

I'm an umpire. ASA, SMUA, PCCSUA, NFHS. I know how strikes are called.

If we were talking about the Tampa Bay Rays or the Arizona Diamondbacks where there's no real history and no reference to sock color in their team name I wouldn't even bring this up.

It was 49 years ago today

On June 3, 1966, Billy Joe McAllister jumped off of Tallahatchie Bridge. 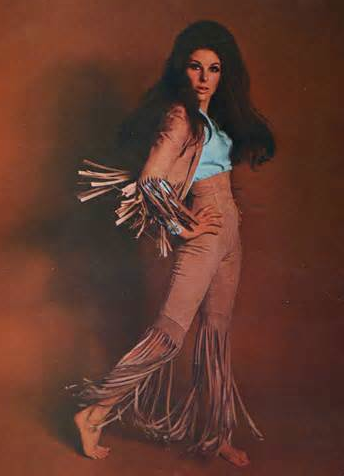 How do I know the year? Bobbie Gentry (pictured above - that was a hot Southern look back then) opens the song with, "It was the 3rd of June, another sleepy, dusty, Delta day" and tells us that Billy Joe went up to Choctaw Ridge and took the leap into the muddy water that day. Bobbie finds out at suppertime when her Momma tells everyone. Poppa says that Billy Joe never had a lick o'sense and pass the biscuits please, but Momma says it's a shame 'bout Billy Joe anyway.

Near the end of the song Bobbie tells us that a year has come and gone since we heard the news 'bout Billy Joe-oh-woah.

Maybe I'll post this again next year when it's the 50th.