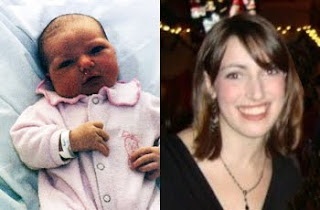 So here we are, 25 years later.
Caitlin is now in The Demo (25-54, the age group that all marketers covet) so her opinion officially counts. Wow, that was fast. Caitlin, you are and always have been a true delight. Happy 25th.
Posted by Unknown at 9:36 PM